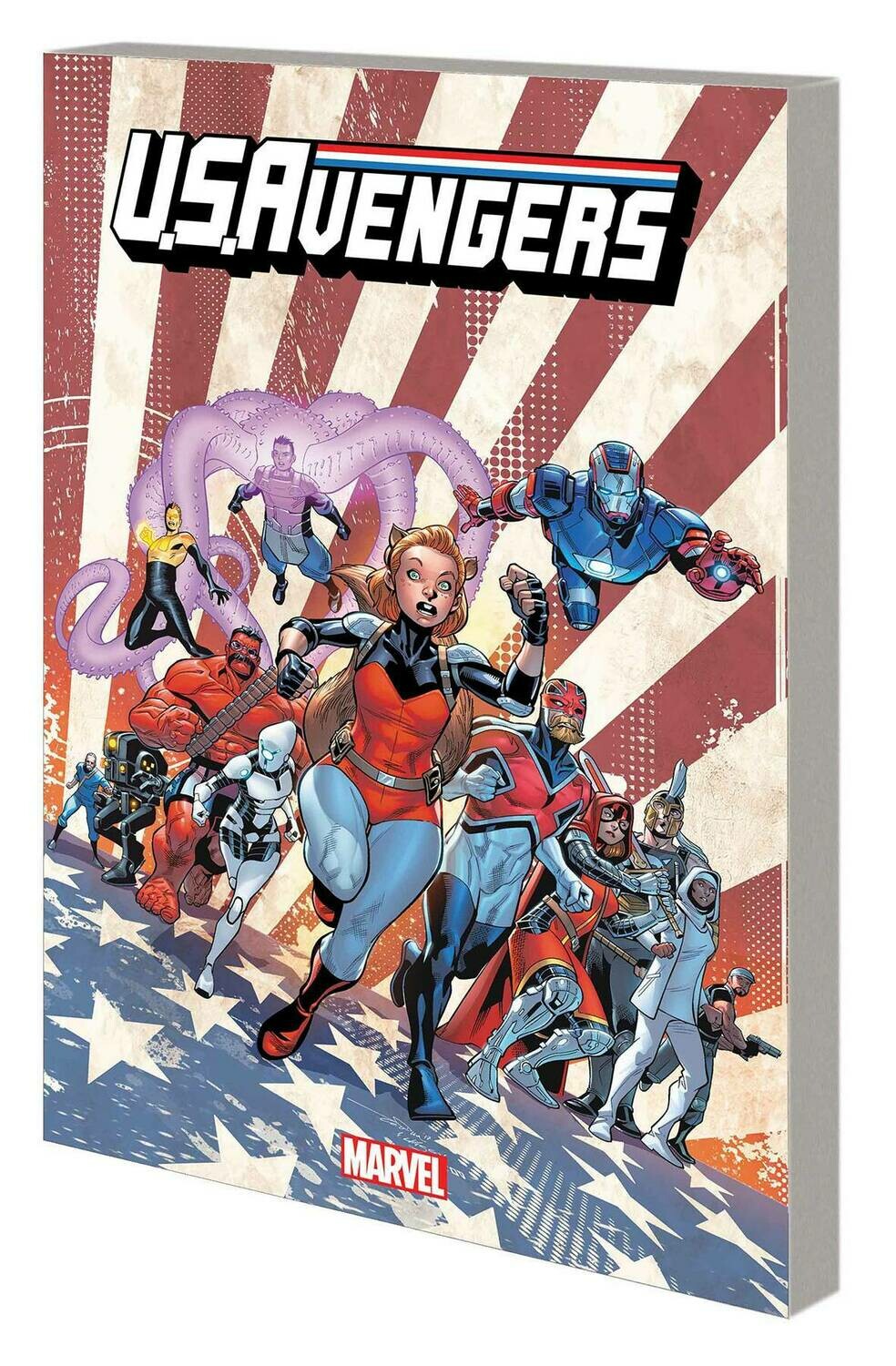 SECRET EMPIRE hits the U.S.Avengers - hard! So now it's time to fight back! In exile, believed dead, surrounded by Hydra's forces, Squirrel Girl and Enigma get a much-needed assist - from Guillotine and the Champions of Europe! Meanwhile, in a deep, dark cell, Roberto Da Costa is dying by degrees as his M-Pox runs out of control. And as Steve Rogers' prisoners of war attempt to break out, the other half of the U.S.Avengers - and a host of international guest stars - attempt a break-in! Plus: The fate of the Red Hulk! And whatever happened to Sam Guthrie? Find out as the search for Cannonball begins! The remaining U.S.Avengers head into outer space to find their teammate, and their search leads them to strangest planet of all: Glenbrook, U.S.A., home of Ritchie Redwood, America's best-loved teen?! Collecting U.S.AVENGERS #7-12.