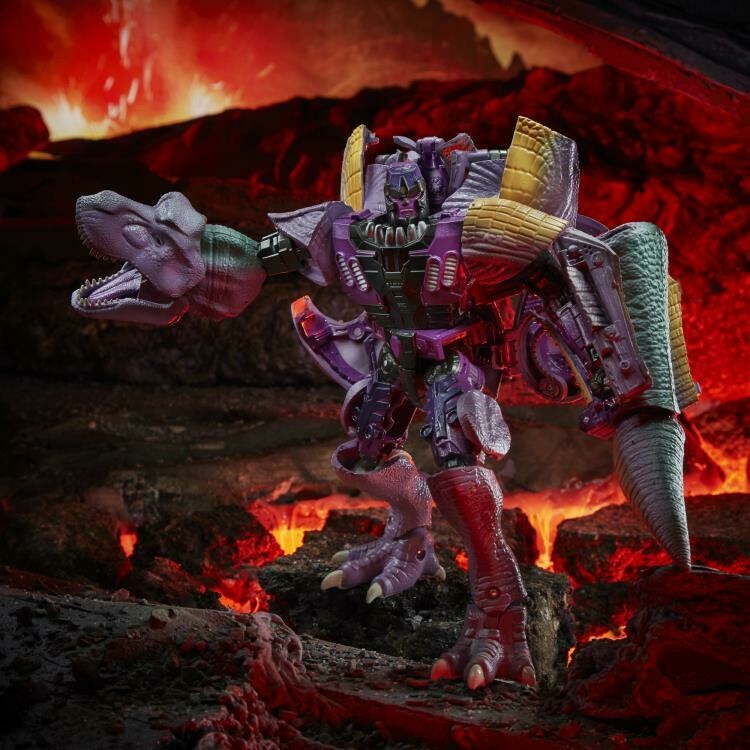 Unleash the primal power of the beasts with this Megatron (Beast) collectible figure, featuring a detailed beast mode with intricate dinosaur-inspired molded scales and articulated jaw with molded teeth.