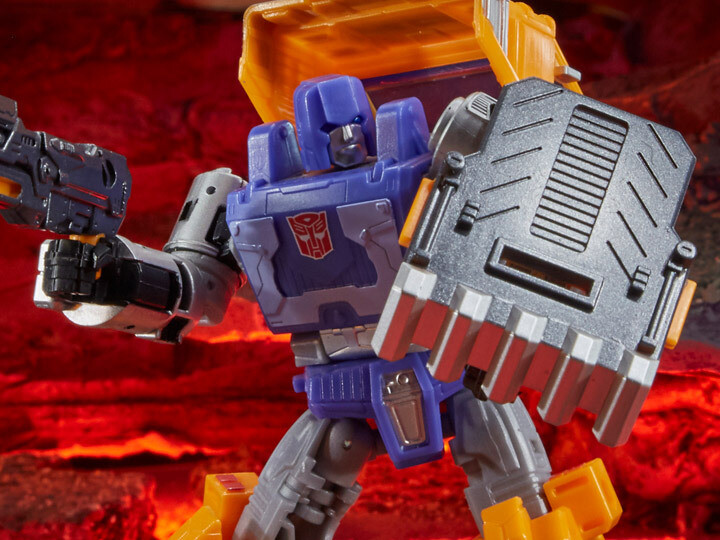 Beastify the battlefield! Worlds collide when the Maximals and Predacons join the fight, coming together with the Autobots and Decepticons in an epic battle that will alter their destiny forever.

This G1-inspired toy converts into Earth truck mode in 14 steps. Truck bed converts to shield and Energon blaster accessories. Figure can attach to WFC-K11 Optimus Prime trailer so fans can recreate the G1 scene from the Heavy Metal War episode where Huffer must tow the trailer after Optimus Prime is badly injured in a battle with Megatron.

Includes a Golden Disk card that reveals a possible destiny of a key character. Collect other Kingdom figures to reveal all 3 alternate destiny variants for each character! (Each sold separately. Subject to availability.)