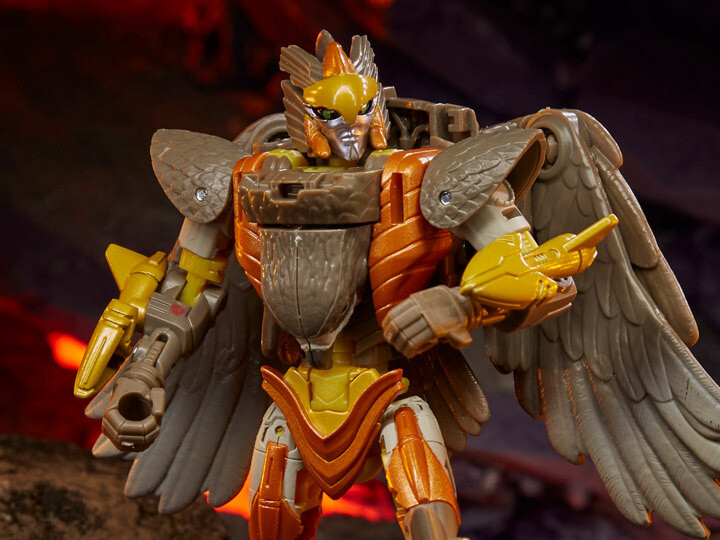 Unleash the primal power of the beasts with this Airazor collectible figure, featuring a detailed beast mode with intricate molded feather texture. Toy converts to Beast Wars-inspired falcon mode in 22 steps, featuring wing, lower beak, and tail feather articulation that allow for more realistic falcon poses. Comes with 2 Photon Blaster accessories that attach to figure's wrists. Weapons aside, you don't want to be at the wrong end of those talons…

Includes a Golden Disk card that reveals a possible destiny of a key character. Collect other Kingdom figures to reveal all 3 alternate destiny variants for each character! (Each sold separately. Subject to availability.)