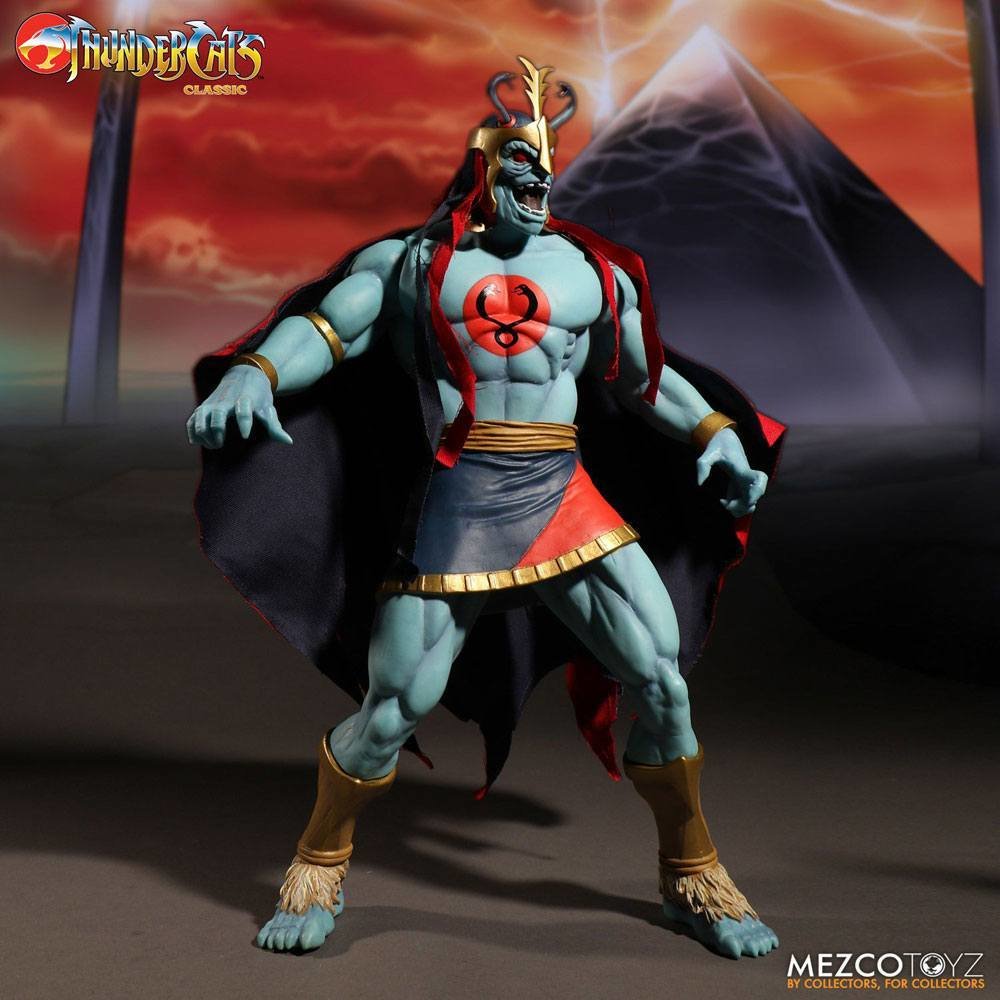 This special edition features a powerful, mysterious glow that

illuminates even the secret chambers of the black pyramid on Third

Based on the the original animated series, this mega-scale

detailed, perfectly capturing not only the iconic look of Mumm-Ra the

Ever Living as he appeared in the classic television series, but the

Mumm-Ra features 8 points of articulation as well as a

box, it makes an outstanding addition to any Thundercats collection.