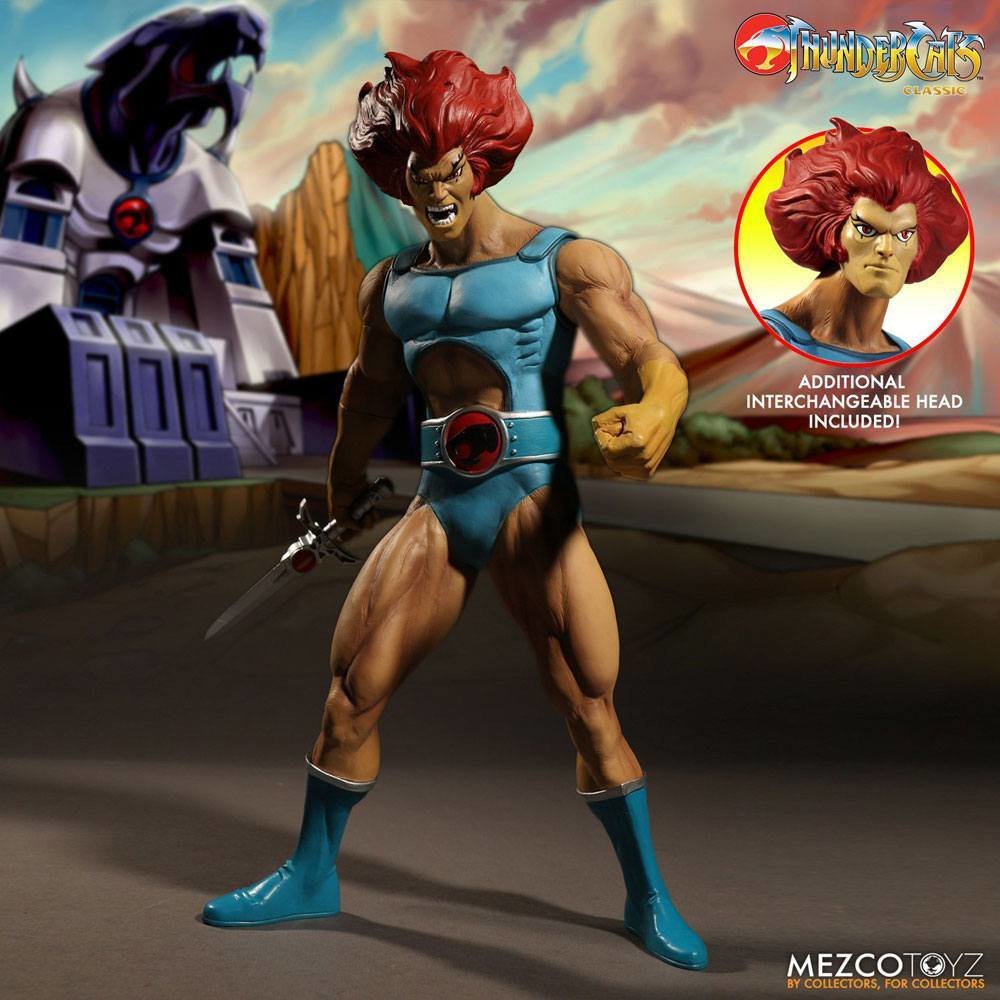 Straight from Third Earth comes the leader of the Thundercats, Lion-O.

to the soles of his Thunderian boots. This deluxe version comes

complete with 2 interchangeable heads: a roaring mouth for battle and a

Featuring 7 points of articulation this mega figure is

carefully detailed, perfectly capturing not only the iconic look of

Lion-O as he appeared in the classic television series, but the essence,

heavens and roars out "Thundercats, Ho!"

Lion-O is packaged in a collector friendly window box that allows him to be displayed while remaining mint in box.