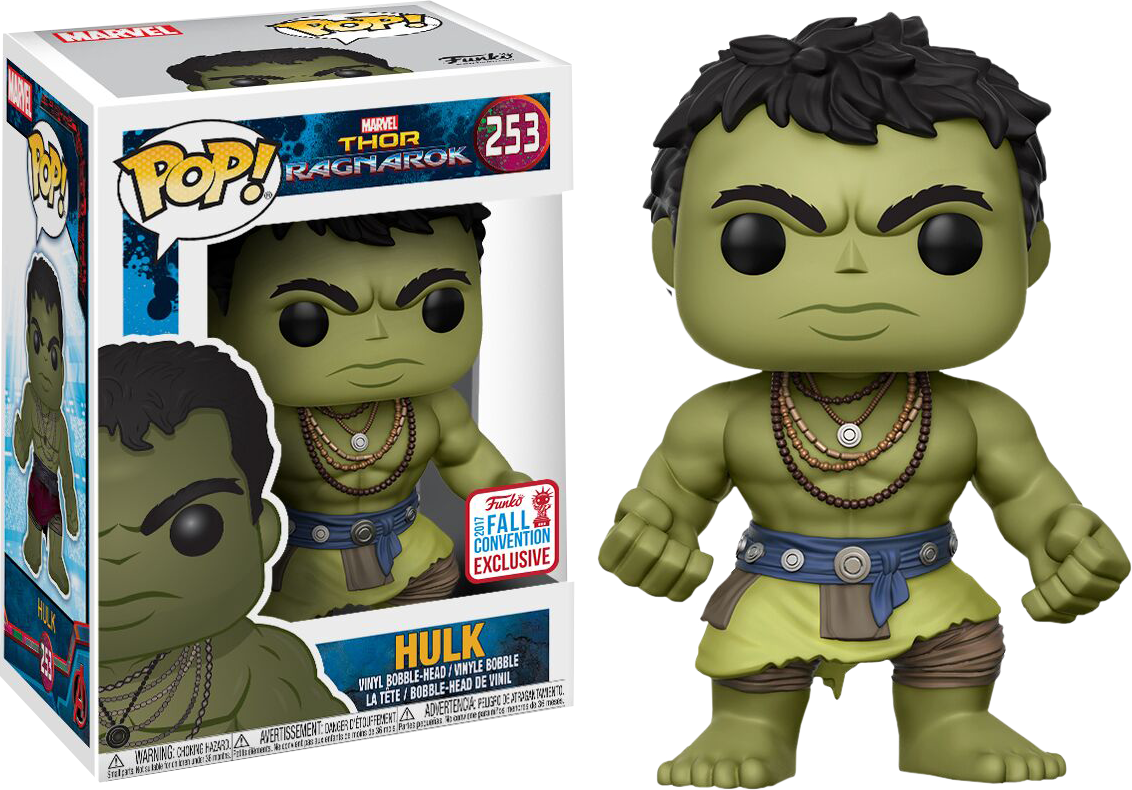 It’s time for celebration once again as we present Funko’s wave of 2017 Fall Convention Exclusives! Be the envy of all your Funko-collecting friends by adding these to your Funko collection today!

After the events of Avengers: Age of Ultron, Thor, held captive on the planet Sakaar without his hammer, must win a gladiatorial duel against an old friend the Hulk, in order to return to Asgard in time to stop the villainous Hela and the impending Ragnarök, the doom of the Asgardian civilization!
This Pop! features Hulk, who has become a successful and popular gladiator on Sakaar. He’s featured here in his casual attire.
Save this product for later
Display prices in: EUR