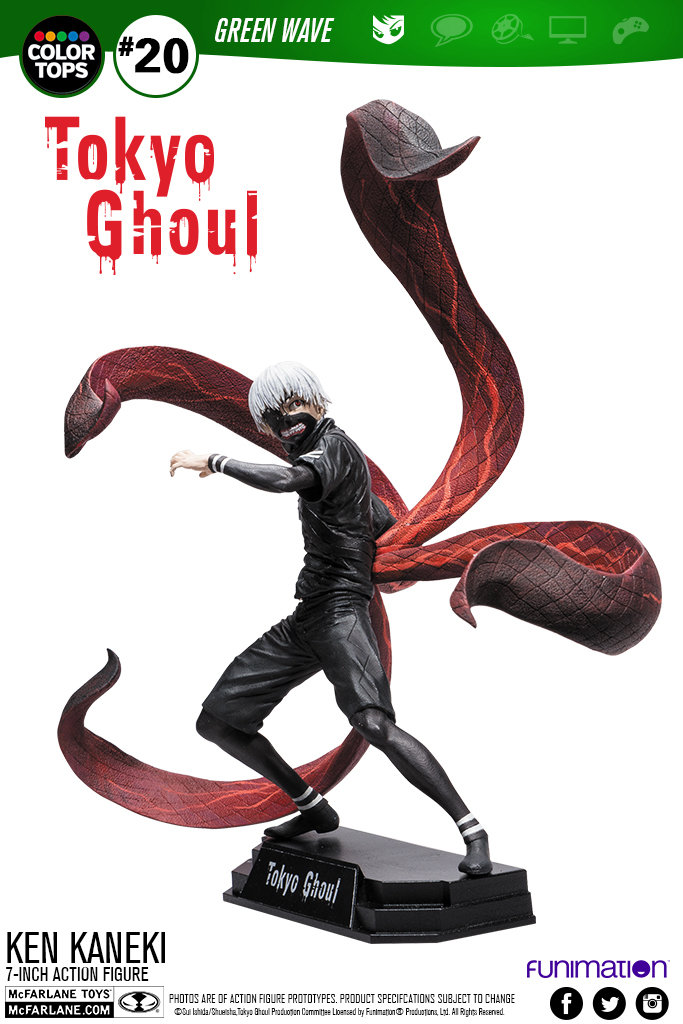 In modern day Tokyo, society lives in fear of Ghouls: mysterious creatures who look exactly like humans - yet hunger insatiably for their flesh. None of this matters to Ken Kaneki, a bookish and ordinary young man, until a dark and violent encounter turns him into the first ever Ghoul-human half breed. Trapped between two worlds, Ken must survive the violent conflicts of warring Ghoul factions, while attempting to learn more about Ghoul society, his newfound powers, and the fine line between man and monster. This 7" figure of Ken Kaneki adapts the hero of the hit anime into a spectacular 3D figure and comes sculpted in his black battle outfit with removable, poseable kagune (tentacles) and an alternate unmasked head. Plus, as with all Color Tops figures, this Blue Wave figure features dynamic articulation, a stylized display base and a collector edition window box, each uniquely numbered.