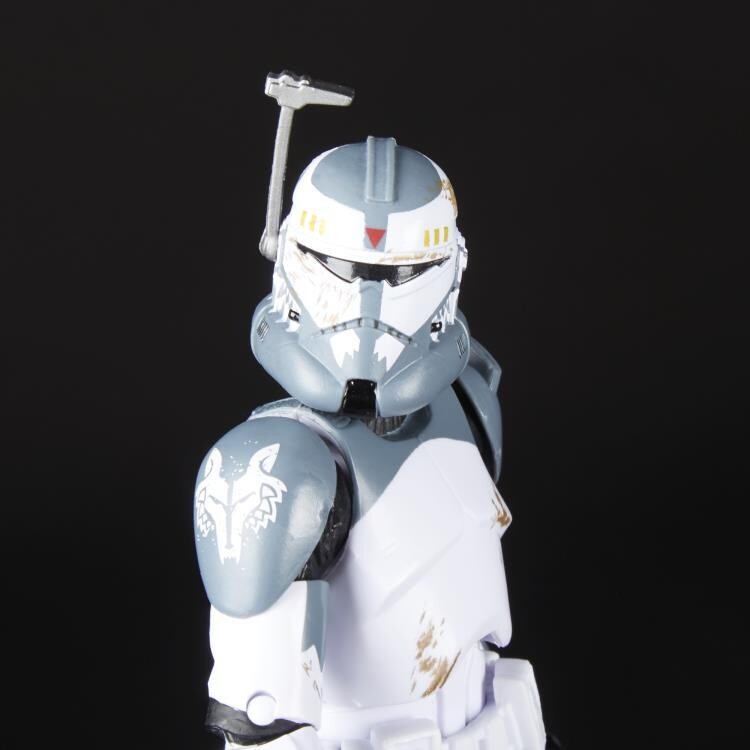 Clone Commander Wolffe (clone designation CC-3636) served in the Clone Wars as commander of the tight-knit unit known as the Wolfpack. A seasoned and battered combatant, Wolffe has witnessed some of the worst the war has to offer. Despite tragedy, he fights on bravely, proudly brandishing his battle scars and instilling loyalty among his men.

Kids and fans alike can imagine the biggest battles and missions in the Star Wars saga with figures from Star Wars The Black Series! With exquisite features and decoration, this series embodies the quality and realism that Star Wars devotees love.