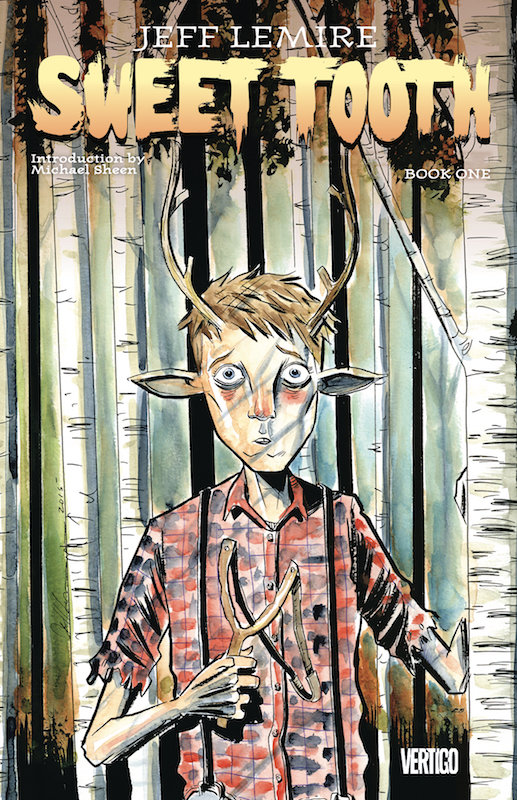 In these stories from SWEET TOOTH #1-12, meet Gus, a rare breed of human/animal hybrid who was raised in isolation following a pandemic. Now, with the death of his father, he's left to fend for himself - until he meets a drifter named Jepperd, who promises to help him. Jepperd and Gus set out on a post-apocalyptic journey into the devastated American landscape to find "The Preserve," a refuge for hybrids. Find out what happens when Gus is held captive with other hybrids in a camp where he meets a scientist studying the plague that's wiped out so much of the world.