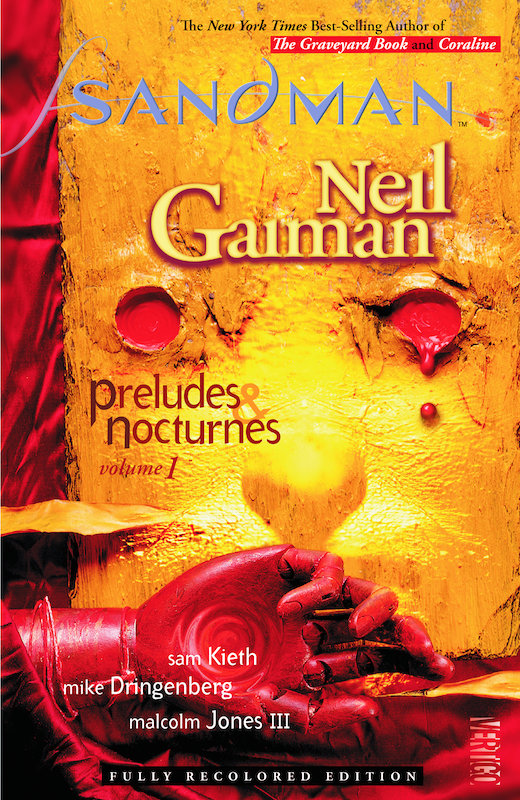 available in a new edition featuring the improved production values and

coloring from the Absolute Edition.
In PRELUDES & NOCTURNES,

collecting issues #1-8, an occultist attempting to capture Death to

After his 70-year imprisonment and eventual escape, Morpheus goes on a

quest for his lost objects of power. On his arduous journey Morpheus

encounters Lucifer, John Constantine and an all-powerful madman. This