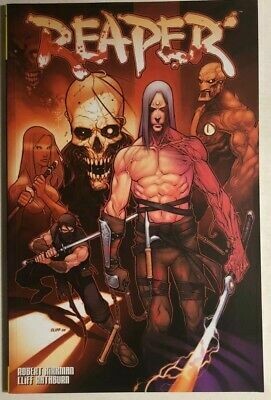 Lord Shirak, with the

power of his ancient gem is the ruler of the known world. All live in

fear of this brutal tyrant. It is said that Shirak is indestructible and

has lived for over four-hundred years. The people of his kingdom have

come to live with the fact that he may never be defeated.
Reaper is

the deadliest assassin in all the land. His price is high but his blade

is unmatched and worth twice the cost. A mysterious figure for reasons

unknown has hired Reaper to assassinate Lord Shirak so that he may rule.

could very well mean the end of all life, as we know it.