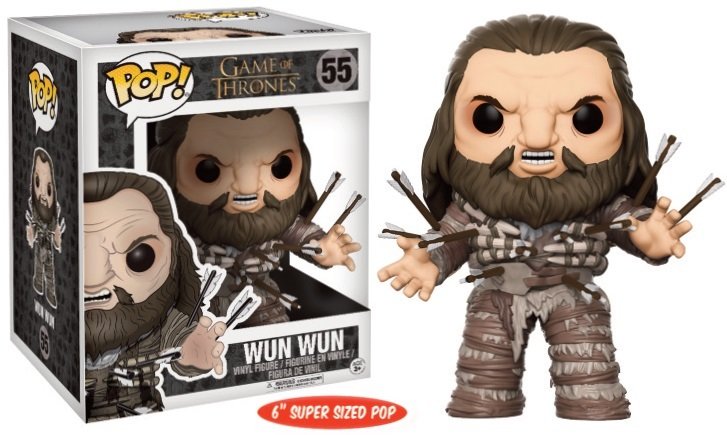 The new, reputed to be the second last, series of Game of Thrones is

just around the corner. The show has grown its audience season upon

season, until now it is a genuine worldwide phenomena - with a rabidly

updated for their current look in the show, and some new ones fans have

been demanding. Wun Wun brings the first 6 inch to the GOT POP! range -

and looks amazing! These are one of the POP! releases of the year -