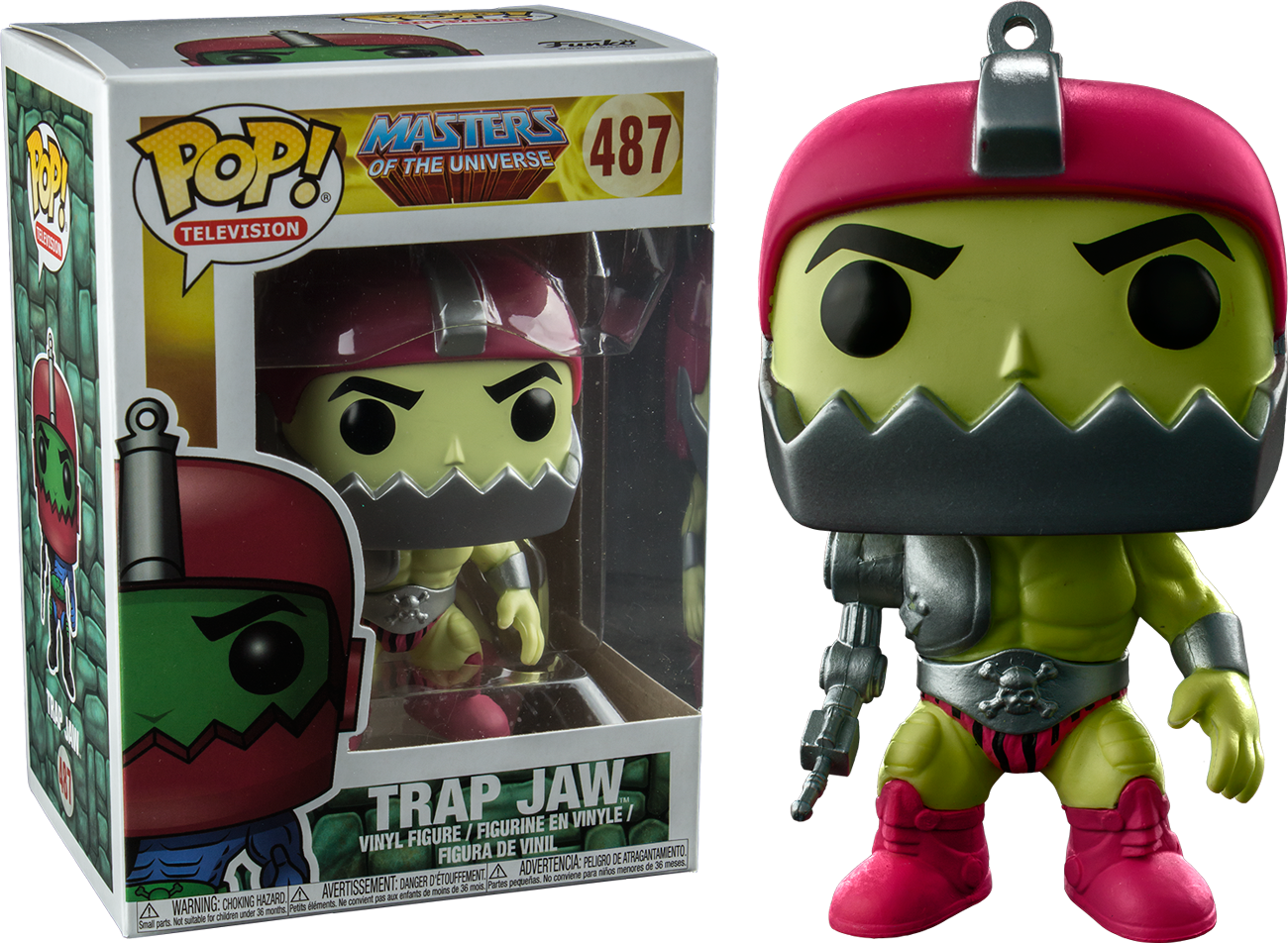 Masters of the Universe was a successful line of action figures, released in the 80s that spawned a television series, film and more.

This Pop! features the EXCLUSIVE Metallic Trapjaw, a member of the Evil Warriors, he is a cyborg with a mechanical, sharp-toothed jaw with a deadly bite, and a robotic arm onto which he can slot a wide range of different weapons. He also has a loop in his helmet, which he can use to slide down wires.