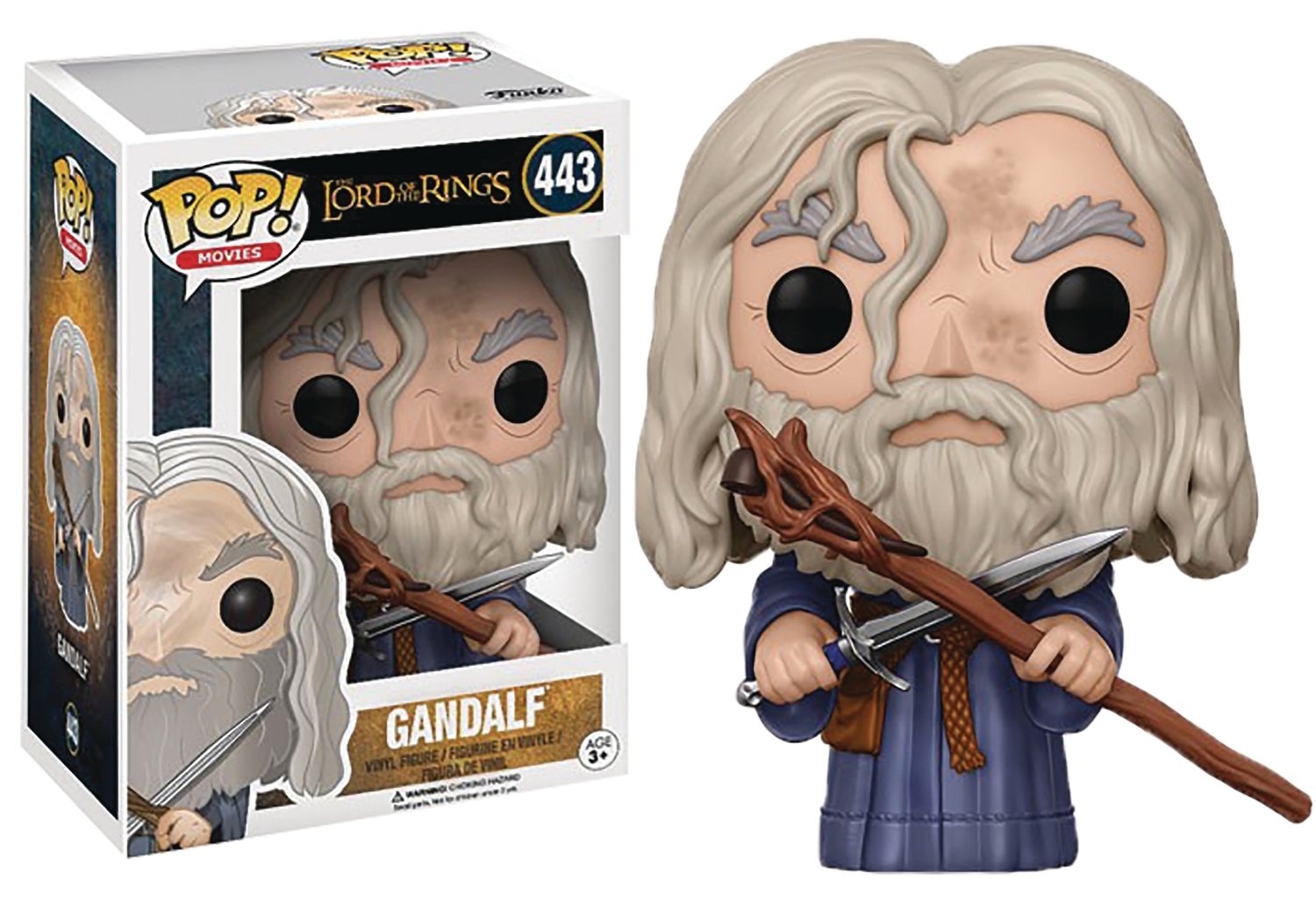 The story of Frodo Baggins' desperate quest to destroy the One Ring and the epic struggle for Middle-earth at the end of the Third Age has captivated audiences for over sixty years, first in J.R.R. Tolkien's The Lord of the Rings trilogy and then in Peter Jackson's award-winning film adaptation. Based on Jackson's films, the characters from the tale join Funko's POP! vinyl figure line as stylized 3 3/4" tall figures. Choose from Frodo Baggins, the Ringbearer; Gandalf the Grey, one of the five wizards; Samwise Gamgee, Frodo's faithful servant; the Nazgul, the undead servant of the dark lord Sauron; Saruman the White, the fallen wizard; and the Balrog, a 6" tall evil being of flame and smoke from the First Age. Window box packaging.