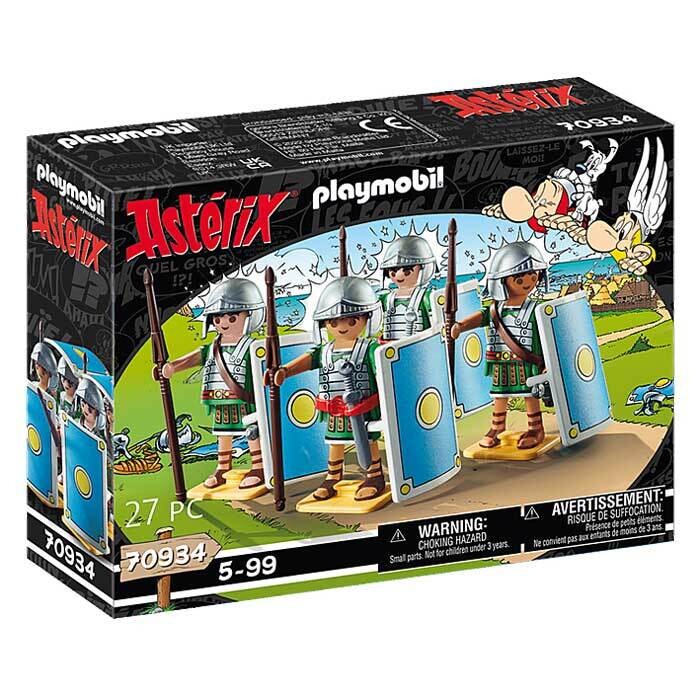 The year is 50BC. For many months, the Roman legionaries stationed as garrison in the fortified camps of Totorum, Aquarium, Laudanum and Compendium have been trying to capture a small village of indomitable Gauls that does not stop resisting the invader. To defeat the Gauls for good, the Romans attack with their famous turtle formation. In this special attack formation, the soldiers make their way protected by shields in front and above. But once again, Asterix, Obelix and the villagers have no intention of surrendering without resistance. A quick sip of magic potion and off they go into battle. Life is not easy for the Roman legionaries who have to deal with these Gauls. The PLAYMOBIL set consists of four Romans with helmets, swords and shields. A stand plate is included for each figure for more stability. All figures have an alternating face that shows the faces before and after the battle.

The Roman soldiers can use their shields to create a turtle formation.