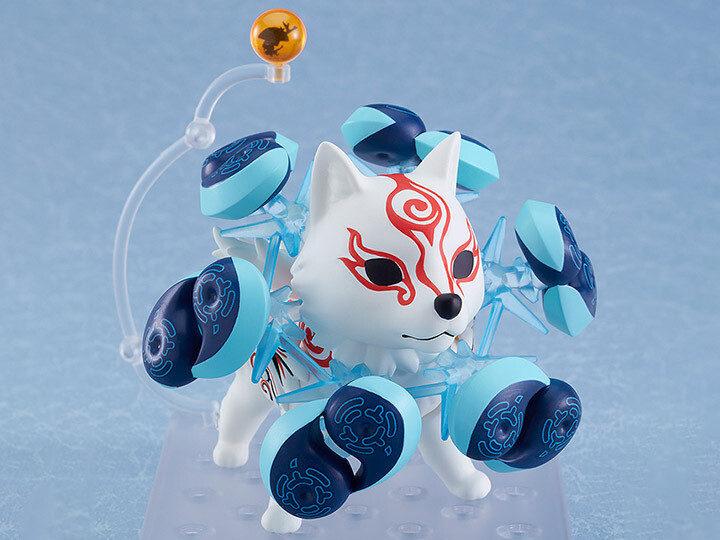 From the popular adventure game Okami comes a DX Nendoroid of Amaterasu's form from 100 years ago, Shiranui! She has has been carefully created as a Nendoroid under the supervision of character designer Kenichiro Yoshimura.

Both a gallant standard expression and a charming open-mouthed expression are included. Optional parts feature Shiranui's Celestial Envoy Ishaku and the Reflector Solar Flare used in the battle against Lechku and Nechku.

The DX Nendoroid also comes with the Glaive Thunder Edge, the Tundra Beads Rosary and a howling face part, allowing you to create even more poses and scenes from the game!