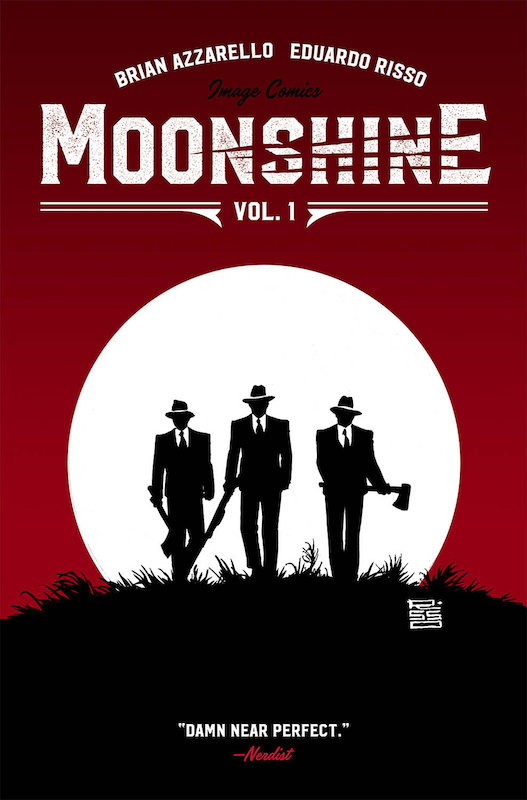 the crime classic, 100 Bullets--comes a brutal new series that puts a

Appalachia during Prohibition, MOONSHINE tells the story of Lou Pirlo, a

the best moonshiner in West Virginia, Hiram Holt. Lou figures it a milk

run, but what he doesn't figure is that Holt's just as cunning and

ruthless as any NYC crime boss. Not only will Holt do anything for his

illicit booze operation, he'll stop at nothing to protect a much darker,