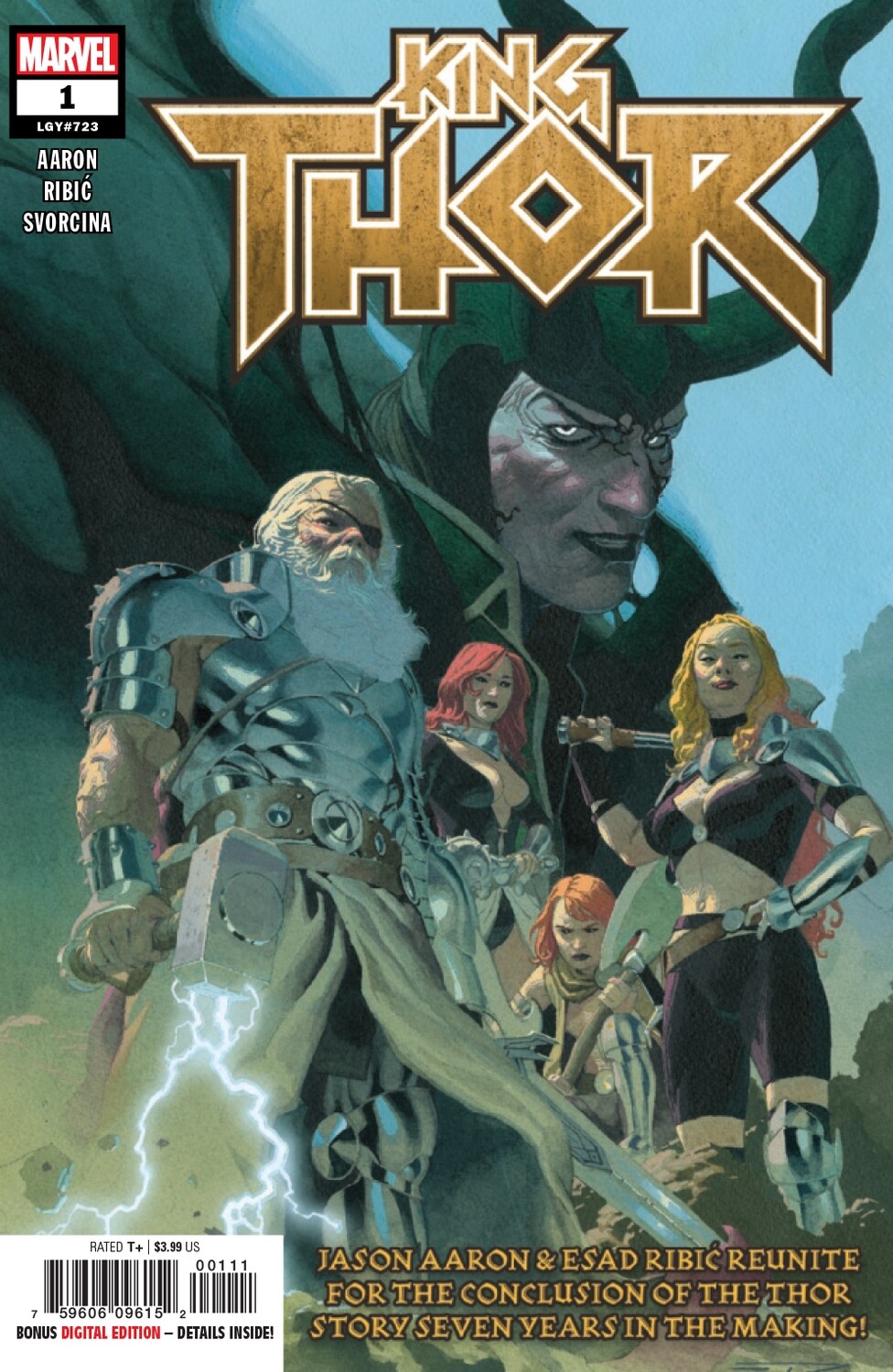 The creators of the legendary THOR: GOD OF THUNDER series that kicked

one last ride with the almighty Lord of Asgard! Seven years ago, Jason

and Esad introduced the Thor of the far future, All-Father of a broken

realm and a dying universe, as he stood in battle against the Butcher of

Gods, wielder of All-Black the Necrosword. Now that nefarious blade has

returned, in the hands of Thor's all-time greatest enemy - his

brother, Loki - for one final, cataclysmic showdown. Behold the book no