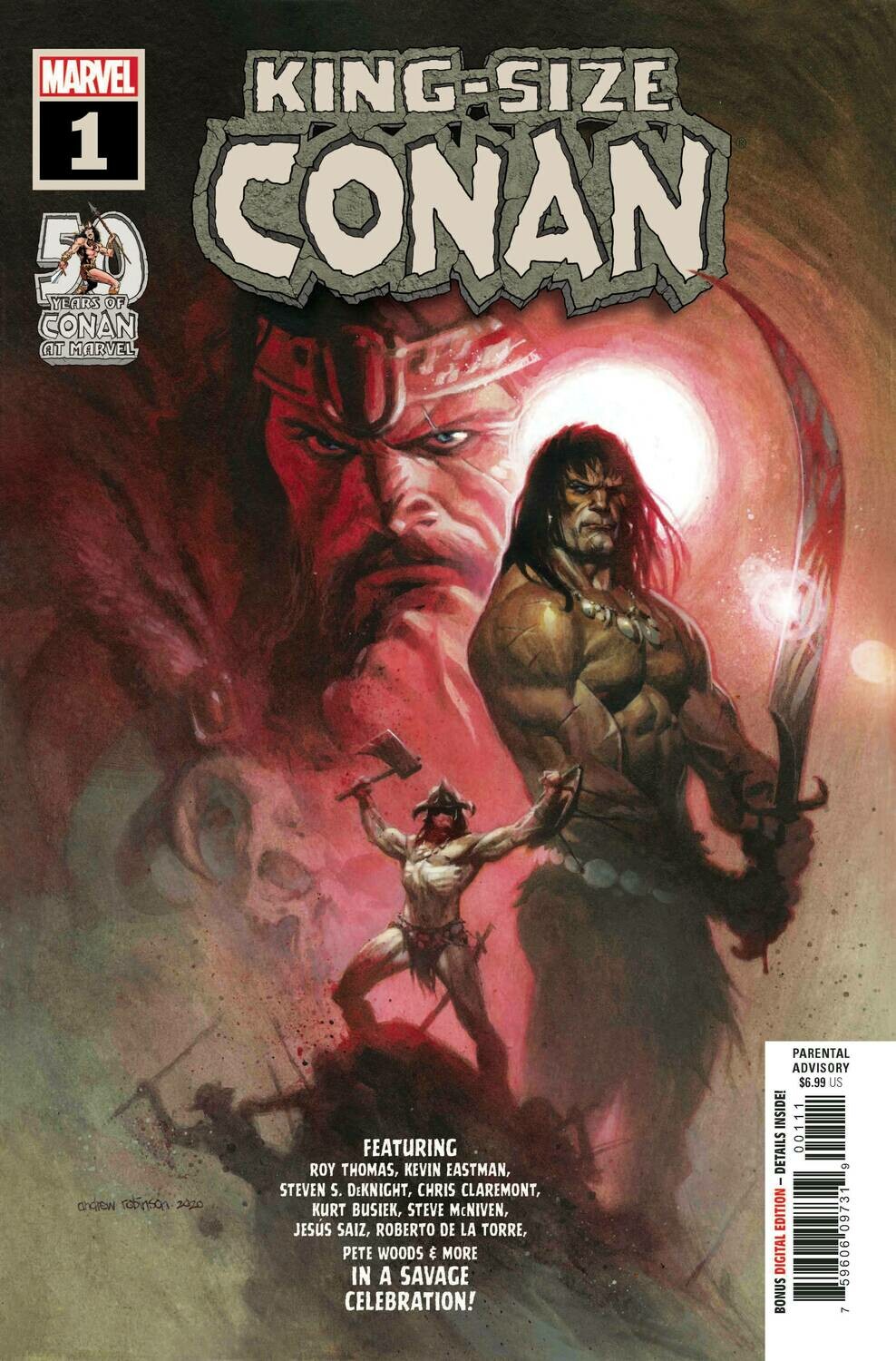 BY CROM, YOU'VE NEVER SEEN A CELEBRATION LIKE THIS - MARKING 50 YEARS OF CONAN THE BARBARIAN IN COMICS!

Revelations, surprises and savage action prevail in the all-new

KING-SIZE CONAN! In 1970, Roy Thomas brought CONAN THE BARBARIAN, a

creation of author Robert E. Howard, to Marvel Comics. With art by the

Hyborian Age to a whole new audience, paving the way for decades of

comics and Conan's conquest of pop culture.
Now get ready to

celebrate 50 years of CONAN with an oversize special spanning the

Thrill to a tale of revenge by Kevin Eastman (co-creator, Teenage

The perfect introduction for new fans, and an essential adventure for

die-hards, this is the can't-miss CONAN comic of the decade!