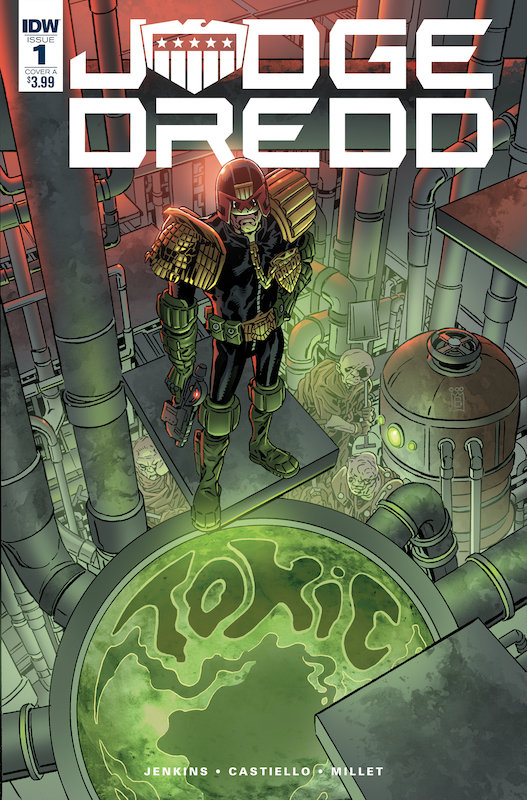 Dredd! The death of a genetically modified toxic waste worker leads to a

startling discovery that fuels anti-immigration fervor and threatens to

spill over into the streets of Mega-City One.