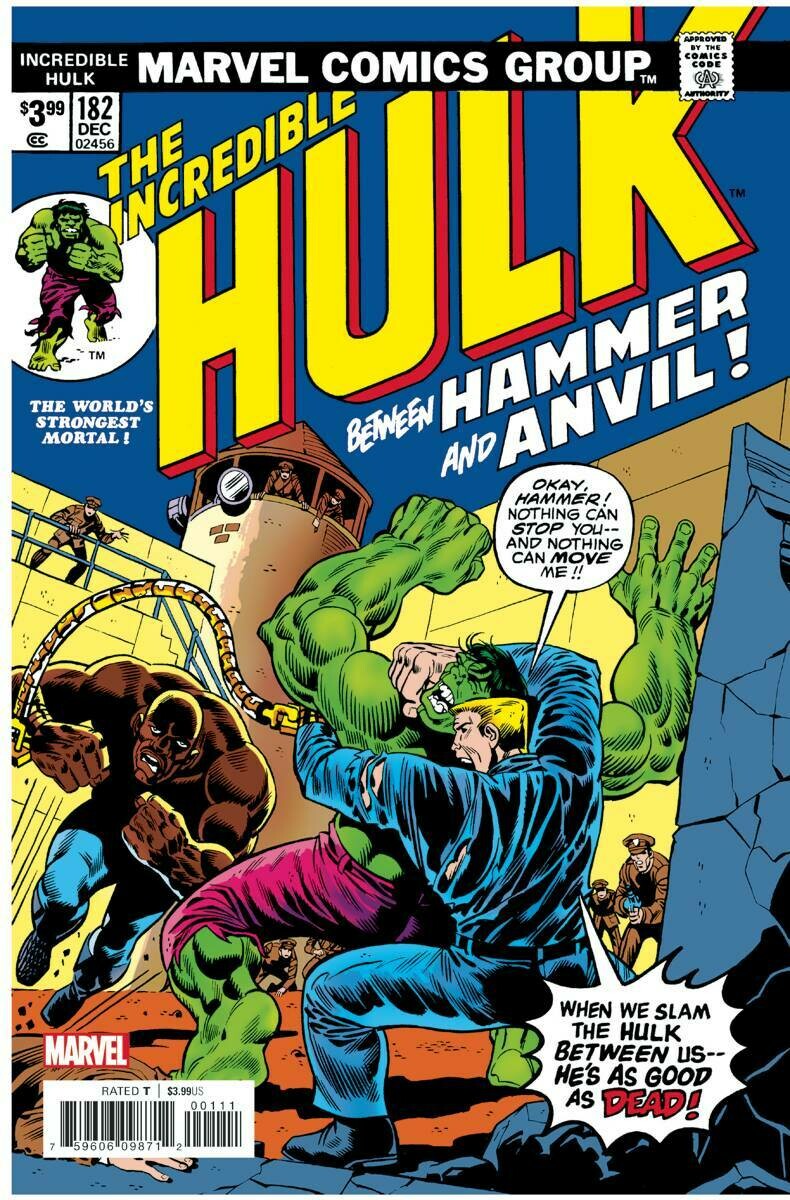 CONTINUING THE FIRST APPEARANCES OF WOLVERINE!
Completing one of the

most famous Hulk sagas of all! The INCREDIBLE HULK #180-181 FACSIMILE

EDITIONS reintroduced you to Wolverine, who joined the Hulk in a

three-way tussle against the monstrous Wendigo! Now find out what

happens next as Wolvie's bosses take matters into their own hands! But

as Hammer and Anvil! Prepare for a surprisingly touching chapter in the

the meaning of loss. It's one of the all-time great Marvel comic books,

boldly re-presented in its original form, ads and all! Reprinting