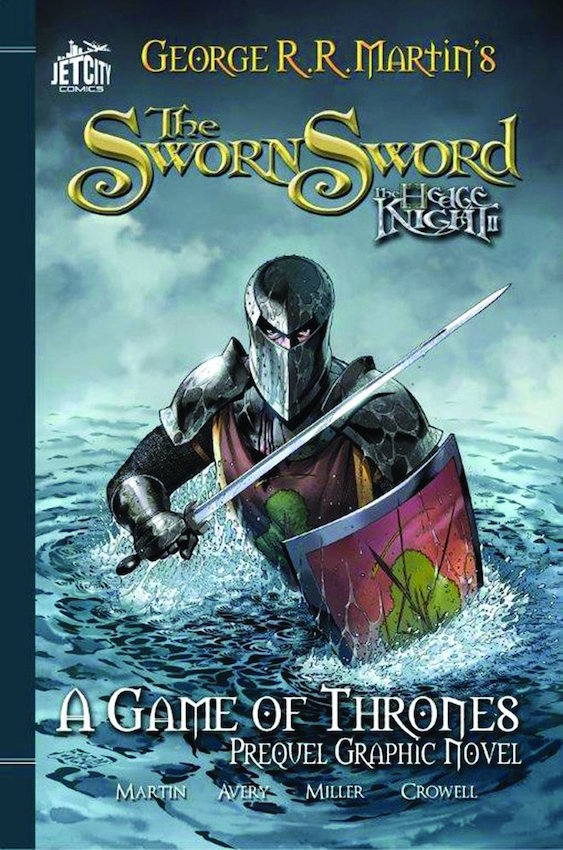 Set one hundred years before the events in George R.R. Martin's epic fantasy series A Song of Ice and Fire, The Sworn Sword graphic novel follows the adventures of Ser Duncan and his squire, Egg, as they quest for honor and glory in the Seven Kingdoms. Peace is ever elusive for Dunk and Egg, as they are soon embroiled in the schemes of local nobility, while a darker, greater thread threatens to unravel long-held truths of the Battle of Redgrass Field. Collecting The Hedge Knight II: The Sworn Sword #1-#6, this special edition comes packed with over 25 pages of bonus material!