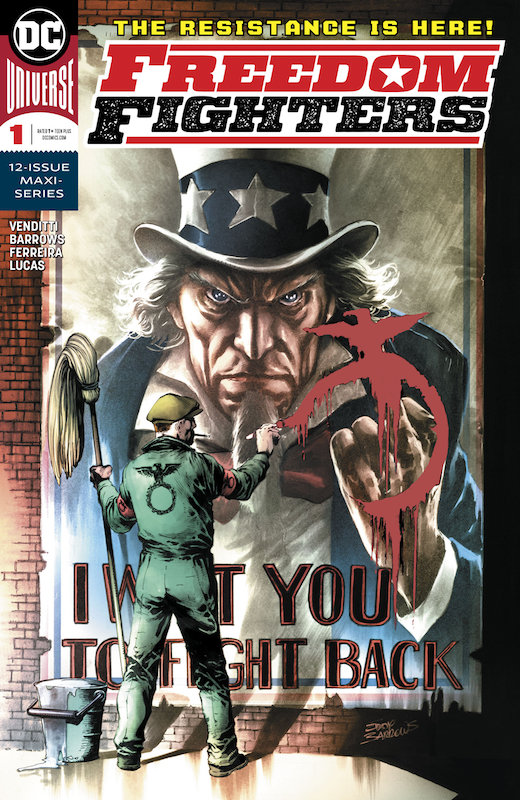 Line up for this all-new maxiseries set on Earth X, where the Nazis won

wiped out all metahuman resistance, including the original Freedom

Fighters.
Fast-forward to the present day, and a new team of

Freedom Fighters emerges to challenge the Nazi occupation once again.

But if they're to have any chance of victory, they're going to need

Uncle Sam-who disappeared after his original team was killed. The

12-part epic "Death of a Nation" storyline kicks off here!