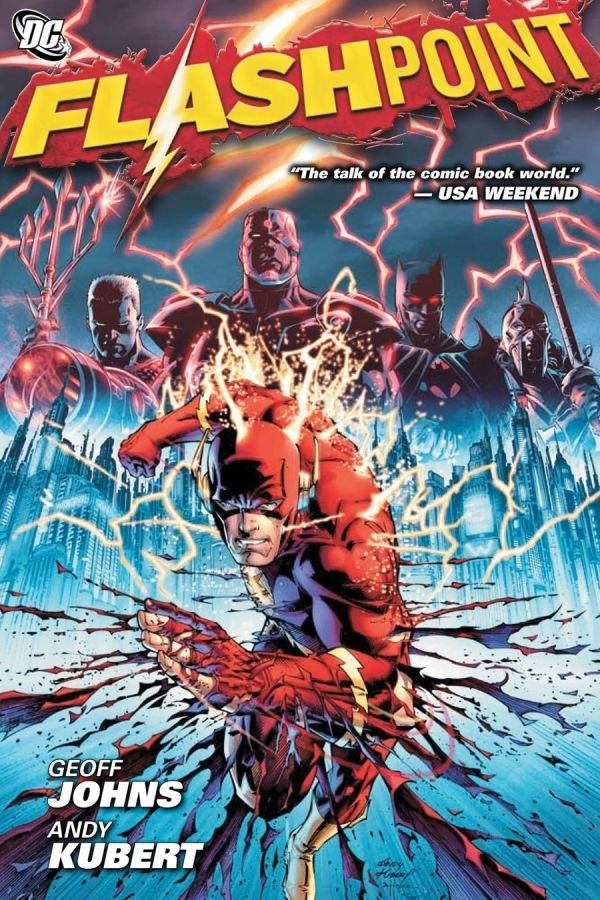 The red-hot, sold-out five-issue miniseries from Geoff Johns and Andy Kubert is on its way in trade paperback!

This is Flash Fact: When Barry Allen wakes at his desk, he discovers

the world has changed. Family is alive, loved ones are strangers, and

close friends are different, gone or worse. It's a world on the brink of

a cataclysmic war - but where are Earth's Greatest Heroes to stop it?

It's a place where America's last hope is Cyborg, who hopes to gather

the forces of The Outsider, The Secret 7, SHAZAM!, Citizen Cold and

other new and familiar-yet-altered faces! It's a world that could be

running out of time, if The Flash can't find the villain who altered the