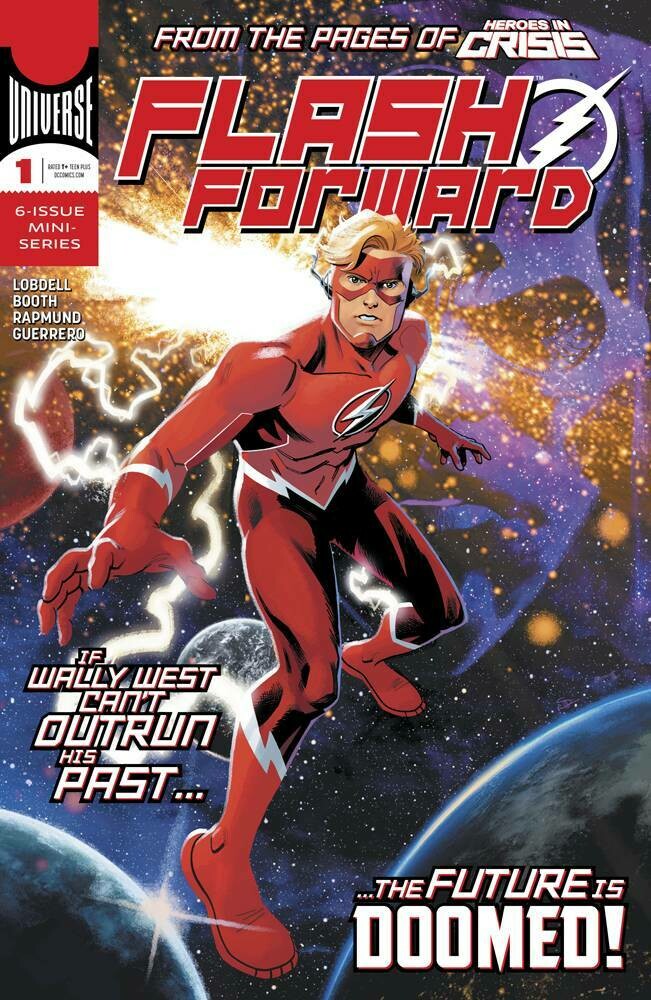 His name is Wally West-and he was the Fastest Man Alive. That is, until the Multiverse was rewritten without him or his family in it. Wally returned and tried to make it work, but the damage was done. Spinning out of the events of HEROES IN CRISIS, follow the man who called himself Flash on an adventure to find redemption in a cosmos that has fought so hard to destroy him.

When the border between the Multiverse and the Dark Multiverse starts to buckle, who do you turn to? The answer: Wally West. Once the Fastest Man Alive, he's now a man with nothing left to live for. Will Tempus Fuginaut's chosen champion rise to the occasion and fight back the demons of the darkness, or will Wally's own demons win the day?

The rift between the Multiverse and Dark Multiverse is growing wider, and evil dark energy is threatening all the planets in its path! It's up to Wally West to journey to these worlds and purge them of this darkness, but the greater darkness is that from within. The destruction has now found its way to Earth-43, where Roy Harper is the world's premier vampire hunter, and Wally's only hope of surviving...

On Wally West's journey into the depths of the Multiverse, he's run across vampires and hellhounds and his own ghosts from the past...but nothing has prepared him for this next stop on his journey. In this issue, the mysterious world that is causing the Dark Multiverse to bleed into our own will be revealed, and you will not believe what connection it has to the Fastest Man Alive...

Wally West has gotten to the heart of his mission to save the Multiverse...and the heart he found was his own. When it's discovered that the dark multiversal world that's threatening all of existence is the world in which Wally's children are alive, our hero must overcome his greatest fears, regrets, and anger to do what's right. But what's right is the hardest thing anyone would ever imagine doing...letting go.

The finale of Flash Forward is here, and Wally West must make the toughest choice of his life: save the day, or save his family. With the crack in the Dark Multiversal barrier reaching critical mass, Wally's mettle will be tested in ways the young hero has never seen before...and this surprise ending will leave you speechless!