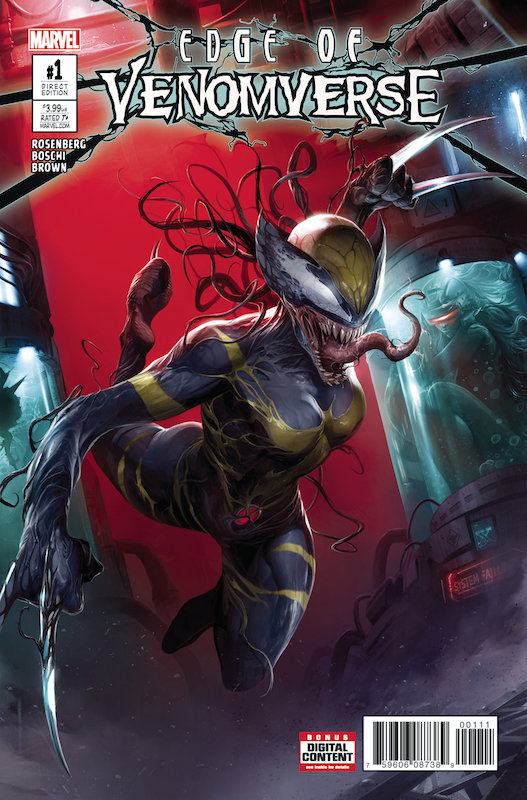 EDGE of VENOM-VERSE starts here!
The series that sets up the epic

VENOM EVENT of 2017 STARTS HERE! Each issue introduces another major

Venomized character that will feed into VENOMVERSE itself! THIS ISSUE,

containing a strange alien symbiote during her frenzied escape from The

Facility, . Bonding with the alien enhances her already considerable

abilities, and aids in her escape, but it begins to alter her mind! On

the run from the very people that made her, can X-23 hold it together or

is she doomed to give in to Venom!

• Sure, you know about some of the adventures All-New Wolverine,

Gwenpool, Ghost Rider, Old Man Logan and Deadpool went on with their

symbiotes, but what about the rest?!
• Featuring a star-studded lineup of creators and characters, including...
• ...a VENOMIZED PUNISHER story written and drawn by Declan Shalvey!
• And the awesome adventures of VENOMIZED ROCKET RACCOON by Magdalene Visaggio!