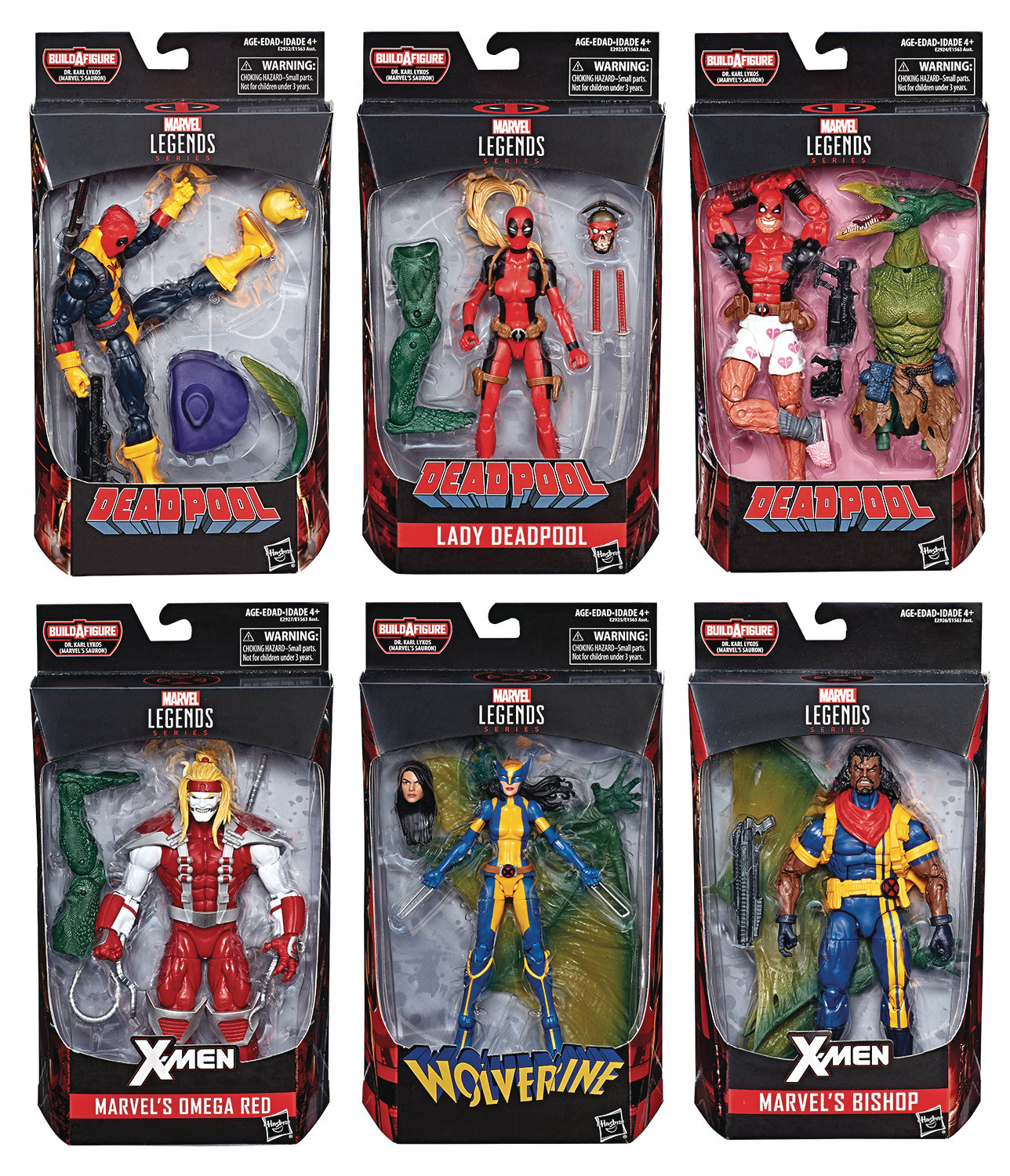 construct geneticist/psychologist Dr. Karl Lykos, who is also known as

Sauron. As you may or may not know, Lykos became an energy vampire after

being bitten by a mutated pterodactyl in Tierra del Fuego. Hey, it

X-Men Deadpool, and a figure of Deadpool wearing boxers. Again, each

figure comes with a piece of Sauron as well as numerous accessories.