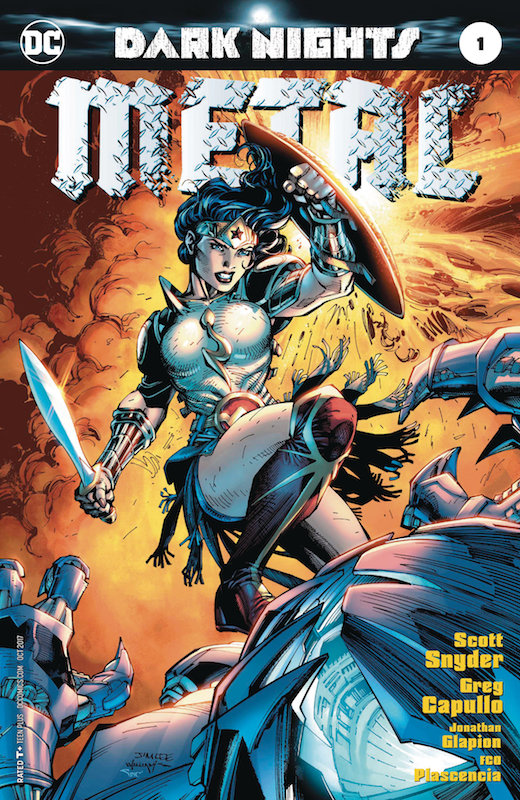 DARK DAYS: THE FORGE and THE CASTING hinted at dark corners of reality

that have never been seen till now! Now, as DARK NIGHTS: METAL begins,

threats it contains are coming for the DC Universe!
DARK NIGHTS:

METAL is a DC event unlike any other-one that will push Batman, Superman

unlike any our world has ever seen! It will take the combined might of