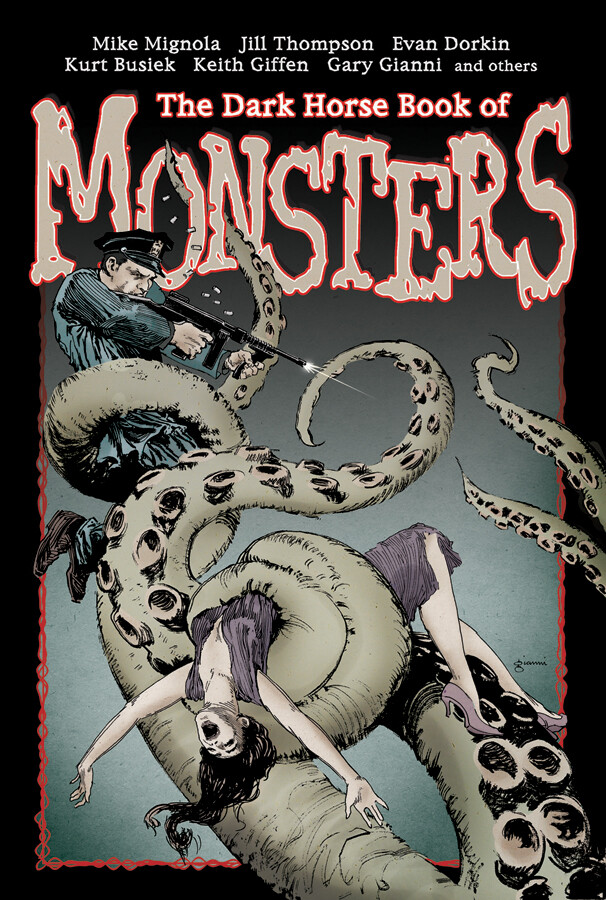 Mike Mignola takes Hellboy on a monster-crunching mission and Gary

William Hope Hodgson in this fourth addition to Dark Horse's

Eisner-nominated books of Hauntings, Witchcraft, and The Dead.

Along with Mignola and Gianni, Evan Dorkin and Jill Thompson-who won Eisners in both 2004 and 2005 for their stories in Hauntings and Witchcraft-return

evil-fighting strays. Also included is an homage to the great creature

comics of Jack Kirby, by Kurt Busiek and Keith Giffen, and many more

terrifying yarns by some of the most talented folks in comics!