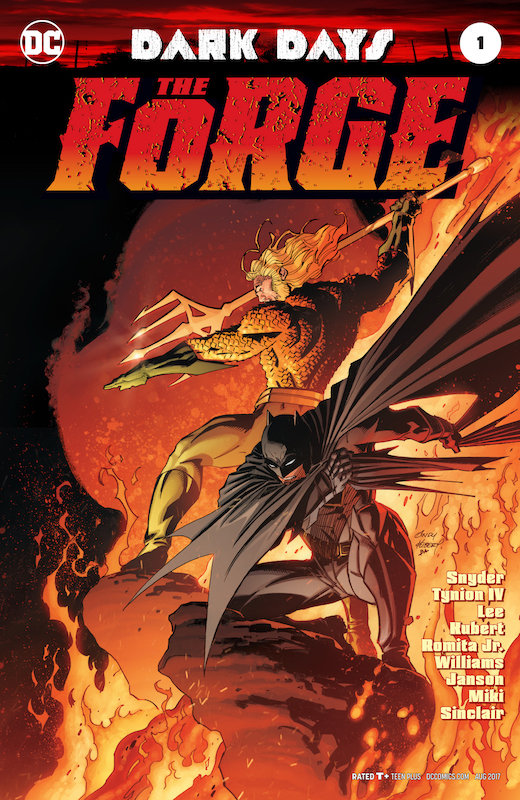 DARKNESS COMES TO THE DC UNIVERSE WITH THE MYSTERY OF THE FORGE!

Aquaman, The Flash and more of DC's pantheon of heroes suspect Batman of

multiverse! It's an epic that will span generations-but how does it

connect to the origins of one of DC's most legendary heroes?
The

Jr.! You do not want to miss this one!