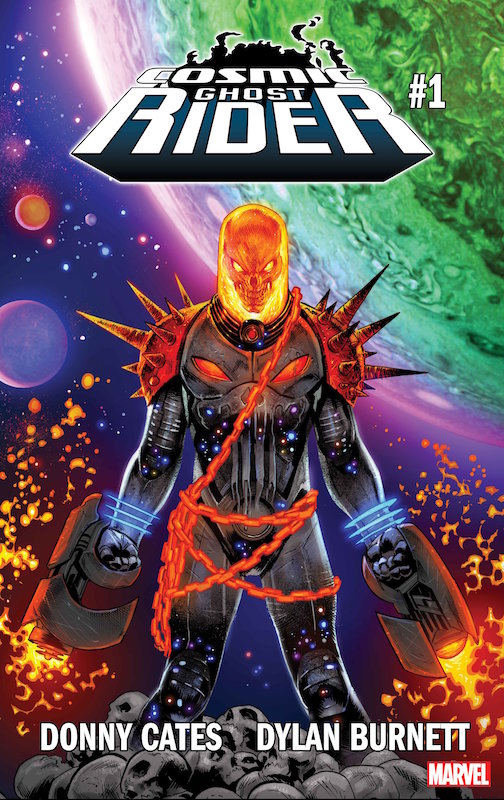 EXPLODING FROM THE PAGES OF THANOS!
Frank Castle was the Punisher. A

deal with the devil made him Ghost Rider. A deal with Galactus made him

cosmic. A deal with Thanos made him...DEAD?!? Not to worry, he's coming

back, and he's got a plan to make the universe a better place that's

going to lead him into an even CRAZIER adventure than he's ever been in!

STRANGE) as he pushes his wildest creation past the breaking point!