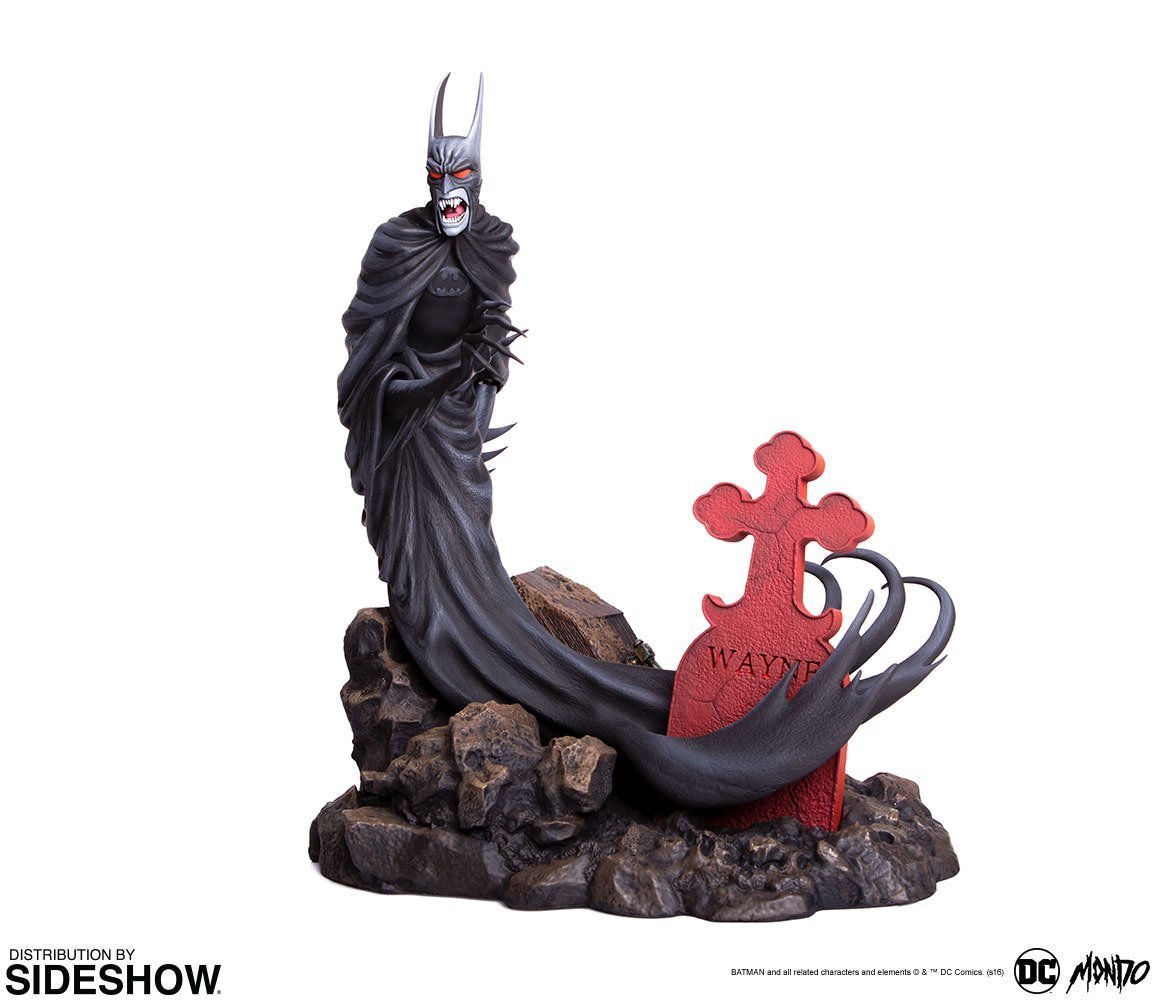 Batman Red Rain is a DC Comics Elseworlds tale, in which the Dark Knight battles the infamous Dracula, and ultimately becomes a vampire himself in the process. Inspired by Francesco Francavilla's poster of the same name, the Batman: Red Rain statue depicts Batman as a vampire stalking the night and hunting his own kind while attempting to stave off his own hunger for blood.

Incorporating elements from the poster, such as a tombstone from Batman's past and slain vampire skills, this statue brings the dark beauty of the two-dimensional art into the horrific third dimension!