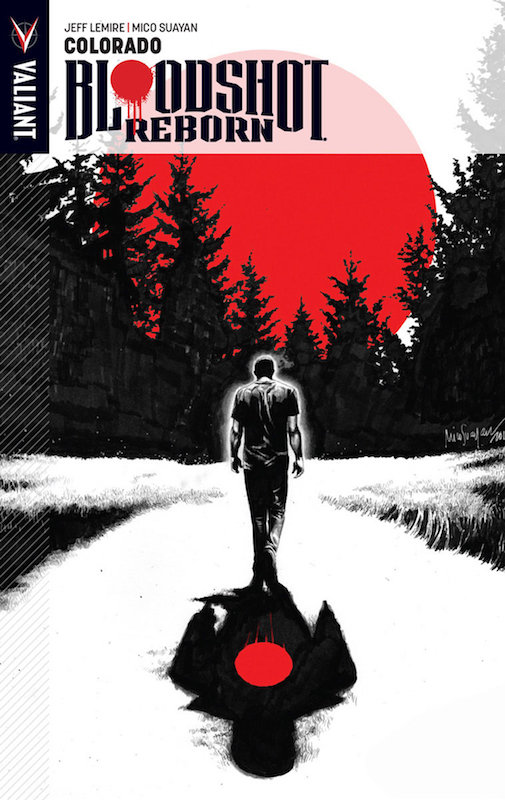 nanites made him a nearly unstoppable killing machine. His enhanced

strength, speed, endurance, and healing made him the perfect weapon, and

he served his masters at Project Rising Spirit - a private contractor

trafficking in violence - very well. Now, Bloodshot is a shadow of his

former self. He lives in self-imposed exile, reeling from the

him mad. But when a rash of shootings by gunmen who appear to look just

like Bloodshot begin, his guilt will send him on a mission to stop the

killers, even if it means diving head-long into the violence that nearly

commando called Bloodshot...and plunge him to his darkest, bloodiest,