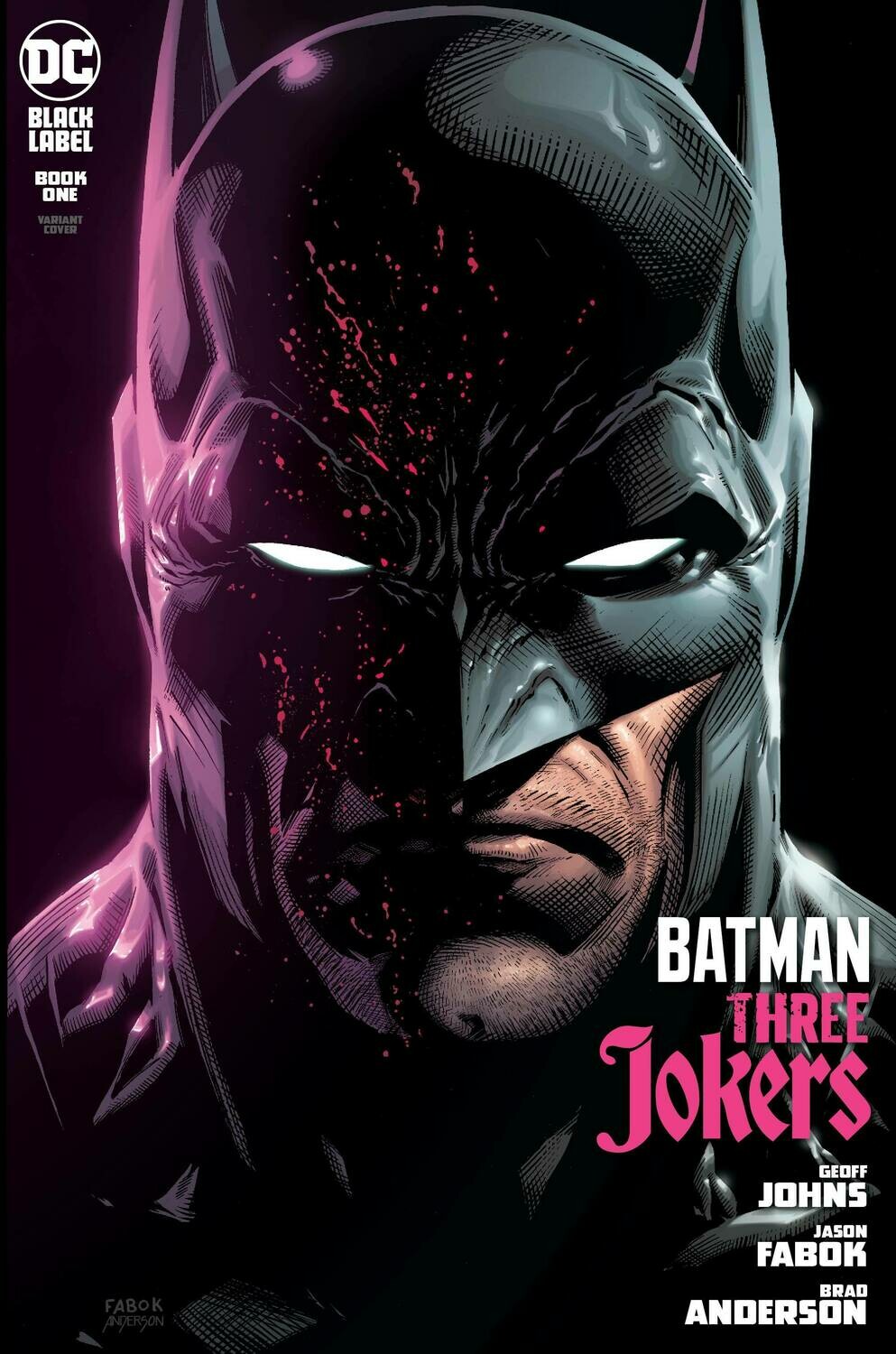 Thirty years after Batman: The Killing Joke changed comics forever, Three Jokers reexamines the myth of who, or what, The Joker is and what is at the heart of his eternal battle with Batman. New York Times bestselling writer Geoff Johns and Jason Fabok, the writer/artist team that waged the "Darkseid War" in the pages of Justice League, reunite to tell the ultimate story of Batman and The Joker! After years of anticipation starting in DC Universe: Rebirth #1, the epic miniseries you've been waiting for is here: find out why there are three Jokers, and what that means for the Dark Knight and the Clown Prince of Crime. It's a mystery unlike any Batman has ever faced! PRESTIGE FORMAT.

As Batman and Batgirl follow an unexpected thread linking the three

Jokers with someone from the Dark Knight's past, Red Hood dives

headfirst into trouble and finds himself struggling to stay afloat

without the aid of his allies.
Batman: Three Jokers continues its

conflict with Batman. Prepare yourselves for the second chapter of one

of the most terrifying and personal mysteries Batman has ever faced!

The final chapter of the most terrifying and personal Batman mystery is here!

Still reeling from their last encounter with the three Jokers, Batman,

Batgirl, and Red Hood discover the terrible truth about the Three

Jokers' plot. Will the caped crusaders have the strength needed to put

an end to the maniacal menaces' master plan once and for all, or will it

be lights out for good? You won't want to miss the stunning conclusion

of Batman: Three Jokers as it completes its trajectory as the ultimate

examination of The Joker and his never-ending conflict with Batman.