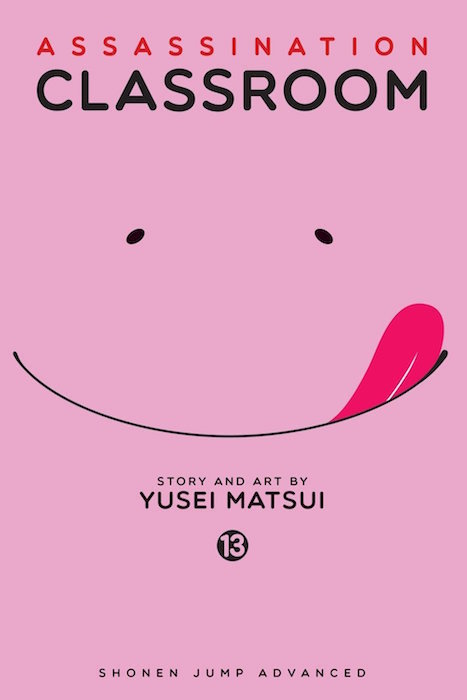 caught yourself screaming, "I could just kill that teacher"? What would

it take to justify such antisocial behavior and weeks of detention?

Especially if he's the best teacher you've ever had? Giving you an "F"

on a quiz? Mispronouncing your name during roll call...again? How about

The Grim Reaper sets up a

Karasuma’s repressed feelings surface before he and Ms. Vitch do? And

how will Mr. Karasuma face Death? Then, despite his vow to destroy the

time for the next school festival showdown. Class A and Class E compete

for the most customers. If they build it, will they come…to the top of